Following George Chapman’s death in 1959, the house faced an uncertain future. In 1962, three years later, the Museum was taken over as a project of The Decorators Club of New York City, the oldest professional organization in the country dedicated to interior design. They hoped that by raising funds and restoring the furniture and reproducing the draperies and carpet, they could continue to present the house to the public. According to the Chairman of the Museum Committee of The Decorators Club, Cornelia Van Siclen, “We want to restore this house to the beautiful house it was originally, so that it will rank with the best of restorations.”

As The Decorators Club raised funds, they forged ahead with interior restoration plans, soliciting donations where possible. Of all the donations made to the restoration effort, the most exciting by far was the offer by Scalamandre, the legendary textile house, to reproduce the fabric, tassels, and trim of the curtains in the front parlor.

Chapman had the original curtains reinstalled in 1935, but by 1966, they hung in tatters. Franco Scalamandre himself made a visit to the house to remove one of the panels to use as a pattern for the reproduction. By May 1967, 100 yards of the red silk damask had been reproduced. It was a very generous gift; the value of the silk, tassels, and trim came to nearly $15,000.

The Fight for Landmarking

In 1965, while under the care of The Decorators Club, the Merchant’s House was featured prominently in the decades old fight for landmarks legislation. In February of that year, New York Times architectural critic Ada Louise Huxtable wrote an article in The New York Times about the importance of the Merchant’s House and arguing for its preservation. In it, she called the Merchant’s House “one of New York’s most important historic houses and the only one with its original early 19th-century interior intact” and describes it as “infused with the airs and graces of the early 19th century and to step into [it] is to enter another world.” 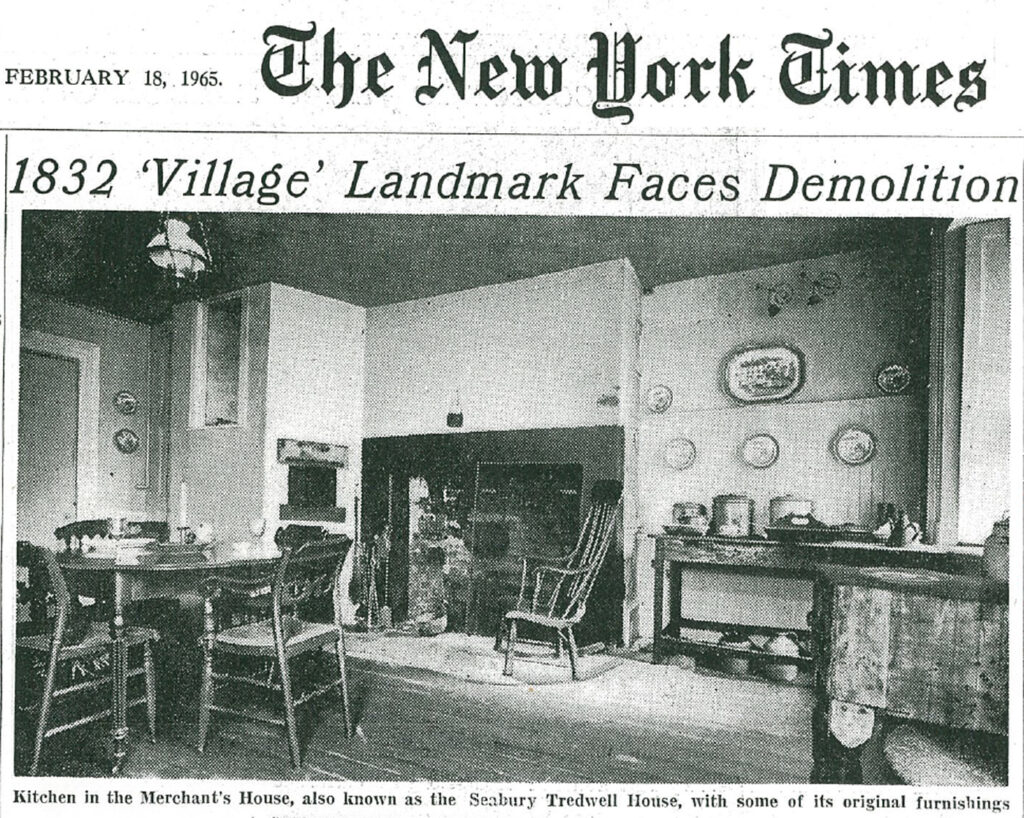 On March 6, 1965, nearly 100 schoolchildren from the nearby Downtown Community School paraded through the East Village protesting the destruction of the city’s landmarks and demanding special protections for the Merchant’s House. The children carried signs that read “Save the Old Merchant’s House” and sang “Where have all the landmarks gone?” to the tune of “Where Have All the Flowers Gone?” The protest concluded at the Merchant’s House, where the children gathered over 2,000 signatures on a petition to send to Mayor Wagner. As one 11-year-old said, “It seems some people don’t care. They just tear down all the old buildings in sight. That’s an awful thing to do.”

Mayor Wagner signed the city’s Landmarks Law on April 19, 1965, and on September 21, at the inaugural meeting of the Landmarks Preservation Commission, the Merchant’s House was the very first building designated in Manhattan. 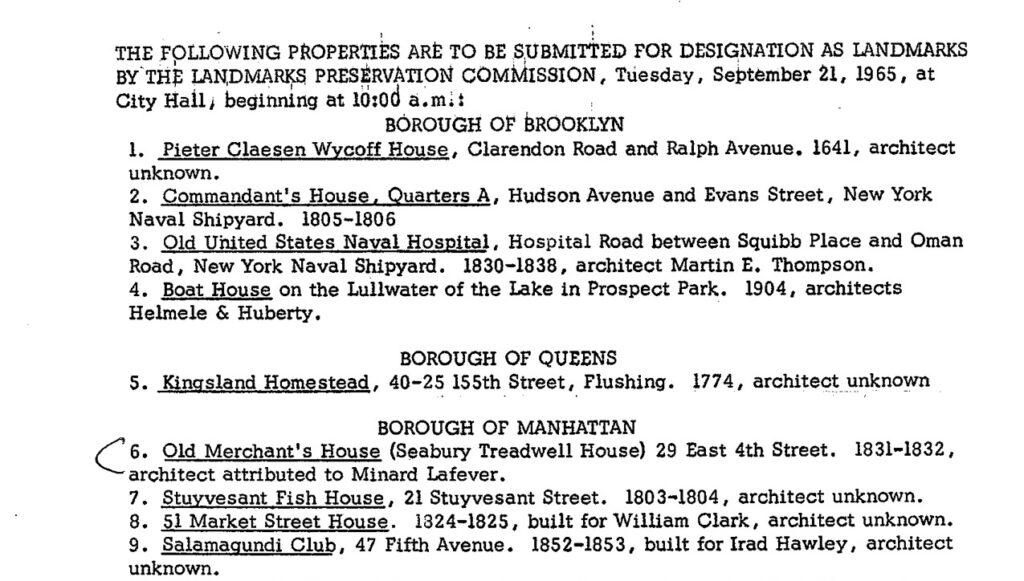