At the time of their marriage, Seabury Tredwell was a successful hardware merchant who had come to New York City from East Williston, Long Island, 22 years earlier to make his fortune. Seabury was the seventh child of Dr. Benjamin and Elizabeth Tredwell, and was a direct descendant on his mother’s side of John Alden and Priscilla Mullins of Mayflower fame. In the 1812 City Directory, he is listed, along with his youngest brother, George, as living at Mrs. Williams’ boarding house at 282 Pearl Street. 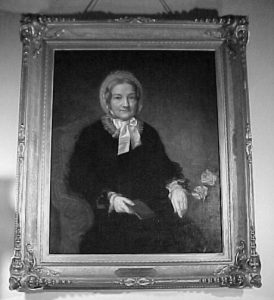 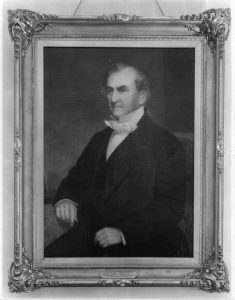 .
According to a notation in the Tredwell family bible, Eliza, the daughter of William Parker and Mary Earle, was born on February 11, 1797, on Pearl Street. We next find Mrs. Mary Earle Parker in 1814, now the mother of three daughters and one son, running the same boarding house once owned by Mrs. Williams. And it is here that romance soon blossomed between her 17-year-old daughter, Eliza, and 34-year-old Seabury Tredwell.

For the first three years of their marriage, Eliza and Seabury lived at 34 Cedar Street. Judging by the number of different residents listed at this address over a period of several years, this most likely was a boarding house. In 1823, Seabury purchased a house at 12 Dey Street for $6,000. Here seven of their eight children were born. When he retired from the hardware business in 1835, Seabury moved his family to a new home in the fashionable Bond Street neighborhood, at 29 East 4th Street, purchased for $18,000. Their last child, Gertrude, was born there in 1840. Seabury and Eliza spent 30 years in their Greek Revival row house, raising their eight children to adulthood, until Seabury’s death in 1865. Eliza would live on until 1882.

In 1832, Seabury purchased an 850 acre farm in Rumson, New Jersey. Like other New Yorkers who were wealthy enough to afford a country home, the Tredwells retreated to this bucolic place every summer to escape the heat and ever-present threat of epidemics.

As the nearest Episcopal churches were over five miles away from Rumson, in Shrewsbury and Red Bank, religious services were held in an unused schoolhouse and in the homes of various residents of the community. Between 1859 and 1875, prior to the consecration of St. George’s-on-the-Hill Episcopal Church, the Tredwell family hosted religious services in one of the farmhouses on their property, conducted by the  Reverend William T. Dunnell, Rector of the Holy Trinity Church in Red Bank.
.

A New Church and a Memorial to the Tredwells

In 1908, a new Episcopal church, St. George’s-by-the-River, was consecrated in Rumson. According to church records, Gertrude and Julia Tredwell, the two last surviving daughters of Seabury and Eliza, donated funds for one of the many memorial stained glass windows found in the church’s interior. Depicting the Adoration of the Magi, the window is inscribed, “In Memory of Seabury Tredwell, born September 25, 1780, died March 7, 1865 and his wife, Eliza Earl Parker, born February 11, 1797, died April 28, 1882.” Supplying the funds for such a memorial was likely a sacrifice for Gertrude and Julia. Having exhausted the inheritance left to them by their father, they lived in a state of genteel poverty, gradually selling off the family’s stock and real estate holdings, as well as parcels of the original acreage in Rumson. Gertrude finally sold what remained of the farm in 1928, thereby severing the Tredwells’ ties to Rumson. 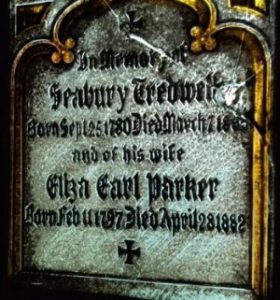 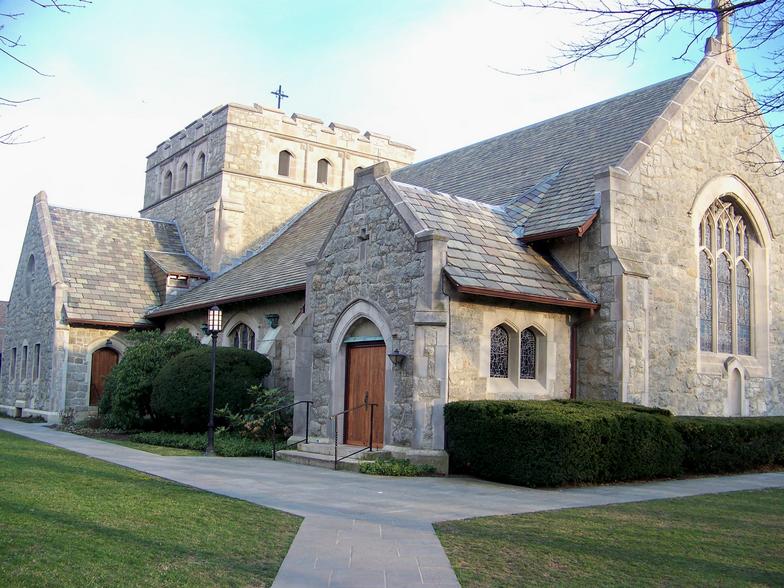 The stunning Tredwell memorial window in St. George’s-by-the-River Church, which was restored in 2005, serves as a testament to the family’s noted attachment to the church and the community. Along with the Merchant’s House itself, it ultimately reflects their children’s desire to keep Seabury and Eliza’s memory alive.

As we celebrate the 196th anniversary of the marriage of Seabury Tredwell and Eliza Earle Parker, we wonder what the newlyweds would have thought had they known their union would ultimately result in the establishment of one of the most authentic and best preserved historic houses in New York City. We have a hunch they would be delighted! What do you think?