Seabury Tredwell’s great-great-great grandfather, Edward Tredwell, came to Massachusetts from England, around 1637. By 1649, the family had settled in the village of Hempstead, Long Island, 30 miles east of New York City. On his mother’s side, Seabury was directly descended from Mayflower passengers John Alden and Priscilla Mullins, whose romance was immortalized in 1858 in Henry Wadsworth Longfellow’s narrative poem “The Courtship of Miles Standish.” 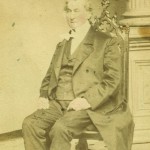 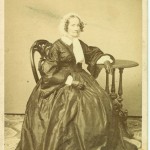 Seabury Tredwell was born in the village of Hempstead, Long Island, on September 25, 1780. His parents, Dr. Benjamin Tredwell and Elizabeth Seabury Tredwell, had been Loyalists during the Revolution, although there were also some ardent patriots in the extended family.

The Tredwells were Anglican by faith. Seabury’s mother, Elizabeth, was the half-sister of Samuel Seabury, the first Bishop of the Protestant Episcopal Church in America. Benjamin and Elizabeth likely sent young Seabury to a school in Hempstead that had been founded by Elizabeth’s father, also named Samuel Seabury. 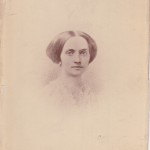 In 1835, after 32 years in the hardware business, Seabury Tredwell retired (although he remained active in the business world, investing in real estate and new technology, like the rail roads) and bought a house at 29 East Fourth Street. He was 55 years old. An eighth child, Gertrude, was born in the Fourth Street house in 1840.

Only three of the Tredwell children married. Elizabeth, the oldest daughter, and Effingham Nichols were wed in 1845. He was an attorney and a prominent figure in the development of the Union Pacific Railroad. Mary married Charles Richards, a hardware merchant, in 1848.

Samuel married Mary Louisa Thorp in 1849. She died in 1870, and Samuel married for a second time in 1884.  Today, there are only six living direct descendants of Seabury and Eliza Tredwell, all descended from Samuel and his second wife, Ella Williams. 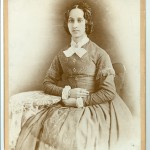 A House in the Country

In 1832, Seabury purchased 700 acres of land in Rumson, New Jersey, and the following year another 150 acres. It was common for residents of New York to vacate the city during the summer months, and to escape outbreaks of Yellow Fever and cholera. The Tredwells’ land included forests, shoreline, a large working farm, a colonial farm house and tenant farmer’s house, and an oyster pond.

The Family after the Civil War

Seabury Tredwell died in 1865 just as the Civil War was drawing to a close. After the war, things changed dramatically, not only for the Tredwell family, but for their neighborhood and the nation as a whole.

Eliza died in 1882. Sarah moved out of the house, residing in a residential hotel, the Hotel Cadillac at Broadway and 43rd Street. She died there in October 1906. 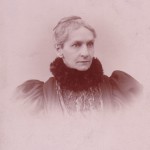 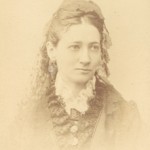 Phebe, Julia, and Gertrude lived out their lives in the East Fourth Street home, surrounded by the familiar possessions of their parents. When Gertrude Tredwell died in the upstairs front bedroom at the age of 93, the house had been occupied by the Tredwell family for almost 100 years. By then, Gertrude was impoverished, yet she left one of the most valuable legacies imaginable: the only family home in New York City to survive intact from the 19th century with original furniture, decorative arts, and personal possessions.