In July 1987, the three 19th-century buildings to the east of the Merchant’s House were sold to a developer for demolition and the construction of a residential building.

“All work will be performed in a thoroughly professional manner with regard to adjacent landmarked properties.” (Developers’ VP in a letter to the MHM, November 1987) 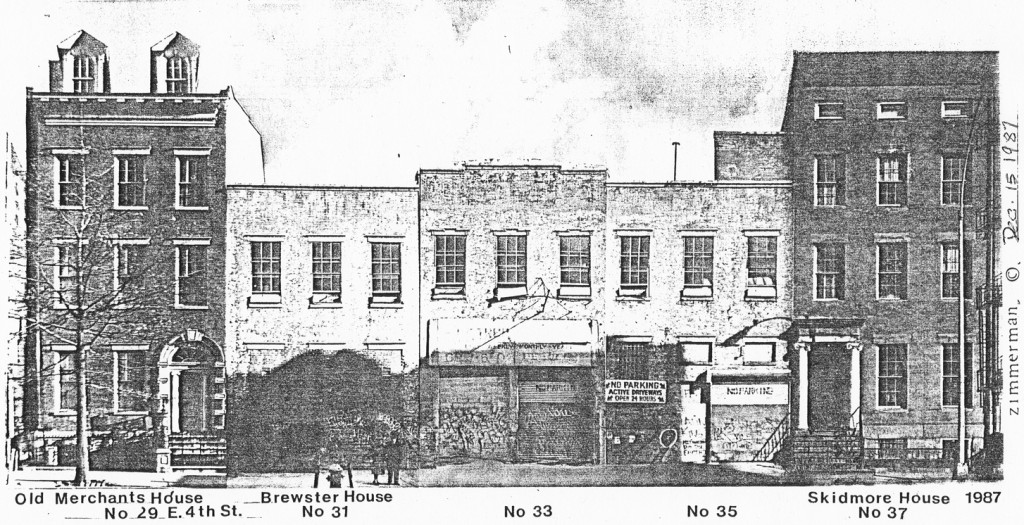 December 25, 1987: “We will be taking these buildings down the way they went up — brick by brick — because of our desire to be a good neighbor.”  (Developers’ lawyer, interview with David Dunlap, The New York Times)

February 23, 1988:  “All is proceeding favorably… I participated in a meeting sponsored by the Landmarks Commission concerned with protection … As a result we will have in writing and drawing the construction details which are to reinforce our wall structurally and in making it weatherproof.” (Letter from Joseph Roberto, Merchant’s House Director, to Board Chair Spencer Davidson)

Protection never happened. On May 10, the developers bulldozed the buildings to the east, causing major structural damage to the Merchant’s House. The Museum was closed to the public for most of the 2 ½ years it took to restore the house. Repairs cost close to $1 million, in large part paid for by the Museum. And the Merchant’s House continues to suffer the effects today.